Our Senior staff typically includes the Director and three Project Directors (who altogether work as Co-Principal Investigators), two Project Managers , a GIS Analyst, a Laboratory Director, and a support staff including a Unit Administrator and an Administrative Assistant. In addition, OCA has a on-call pool of experienced Crew Chiefs and Assistant Archeologists qualified for survey, excavation, artifact analyses, and laboratory tasks. OCA also has long-term consultant relationships with analytical specialists for pollen, macrobotanical remains, and geomorphology. Senior staff regularly update critical skills by participation in workshops, conferences, and classes, particularly those devoted to the evolution of cultural resources laws and regulations, specialized archeological knowledge, and digital applications. 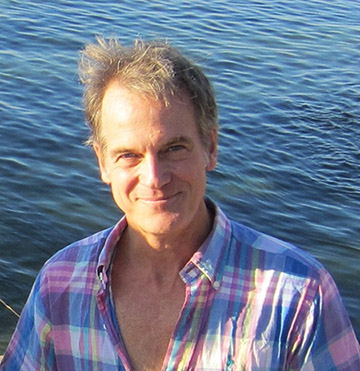 Dr. Greaves is the Director of the Office of Contract Archeology with over 39 years of archaeological research and cultural resource management experience. He has worked primarily in the American Southwest, Great Plains, Texas, and Great Basin regions, in addition to other areas. Rusty has performed CRM and research archaeology of an array of Paleoindian, Archaic, and Late Prehistoric archaeological records. He has worked on many historic-period Native American, Spanish, Hispanic, European, and African-American sites. Dr. Greaves has experience with hunter-gatherer, small scale agricultural, and complex society archaeology. He has significant experience in a range of innovative survey, excavation, and analytic methods in geoarchaeology, zooarchaeology, and paleoethnobotany, and has extensive archival and museum research experience. Dr. Greaves has also performed ethnoarchaeological investigations in New Mexico, Arizona, Louisiana, Venezuela, and Mexico. Rusty maintains active ethnoarchaeological research interests, especially in relation to ongoing investigations among Yucatec subsistence Maya agriculturalists and extensive research with mobile Savanna Pumé hunter-gatherers of the Orinoco Plains. Dr. Greaves is a Research Associate of the Peabody Museum of Archaeology and Ethnology of Harvard University and a Consulting Scholar in the American Section of the Penn Museum in Philadelphia. 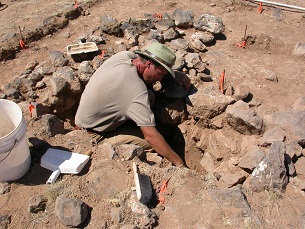 Since 1996 Alex Kurota has been developing experience in a broad variety of archeological projects including surveys, excavations, testing, construction monitoring and site evaluations in Arizona, New Mexico, Kansas, and Texas panhandle. Such projects include excavations at Coronado’s Jimmy Owens site in Texas, as well as digs in Arizona’s Tonto, Tucson and Phoenix Basins, the Long House Valley, and on the Tohono O’odham Reservation. In New Mexico, Alex has excavated on La Bajada Mesa, in Alamogordo, at Fort Wingate, near Roswell, in the Las Cruces, and the Fence Lake regions, on White Sands Missile Range, as well as in the Boot Heel and along the New Mexico-Mexico International Border. He has conducted surveys in most regions of New Mexico as well as throughout most of Arizona. With his extensive fieldwork and research experience, Kurota is permitted as a Project Director and Field Supervisor in NW, SE, and SW New Mexico BLM regions. Since 2003, Alex has developed research interest in tracing the origins of Ancestral Pueblo ceramics.

Alex Kurota has expertise in ceramic analysis of Hohokam, Upland and Lowland Patayan, Ancestral Pueblo, Mogollon, and Jornada-Mogollon cultures as well as the analysis of the historic pueblo, Apache and Navajo ceramics. In addition to his ceramic expertise, Alex is skilled in artifact illustration, mapping with total station, transit, and GPS instruments, Kurota regularly delivers public talks at professional conferences and popular audiences, and has four years experience as a high school teacher. 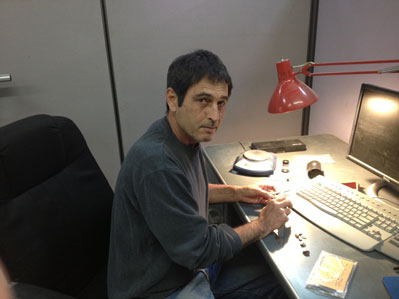 Mr. Leonard received a B.A. in Anthropology from the University of Arizona and an M.A. from UCLA. He has worked on or directed archaeological field projects in the southwestern and southeastern United States, in California, and in both highland and coastal Peru. He also has experience in linguistic and ethnographic research, and university teaching. Mr. Leonard authored or coauthored numerous technical reports, conference papers, journal articles, articles in edited volumes, and articles for popular science publications and has also appeared in television documentaries about work he has undertaken. For over half his career he has worked in the Southwest, including large-scale excavations at sites belonging to Archaic, Hohokam, Prescott, Mogollon, and Ancestral Puebloan cultures in Arizona, Archaic, Formative, and historic Navajo sites in New Mexico, a landmark study of prehistoric cannibalism in southwestern Colorado, and prehistoric and historic sites in the Junta de los Rios region of Trans-Pecos Texas. In addition to conducting field projects, Mr. Leonard serves as OCA’s principal lithic analyst. 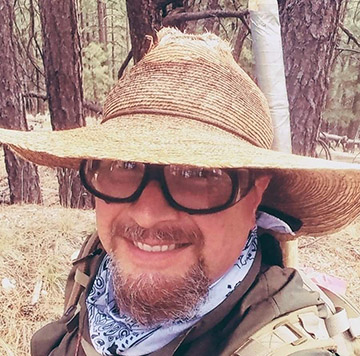 Evan Kay worked on his first paid archaeology project in the summer of 2006. He has continued to get an education and training in the field of cultural resource management. He started at OCA full time in 2013 as a field tech, eventually becoming a crew chief and lab coordinator. His field work has included excavation and survey in almost all areas of New Mexico. He is now a state certified Supervisory Archaeologist and is a Field Director at OCA. As the Lab Manager at OCA, Mr. Kay manages the project databases, organizes and curates the artifacts and data from field projects while supervising students and volunteers in the lab. He also analyzes and reports on flaked and ground stone artifacts, ornamental and paraphernalia artifacts, and works with Adobe Photoshop and Acrobat. Mr. Kay graduated from the University of New Mexico in 2013 with a BA in Anthropology, concentrating in Archaeology, with a minor in Linguistics. He has continued to attend UNM as a part-time graduate student, adding skills in GIS and data management. Projects of note include: the curation of the Middle America Pipeline III project; the curation of various projects conducted on White Sands Missile Range, and; landscape and artifact photography on the Canon Largo survey for the Wilderness Land Trust. 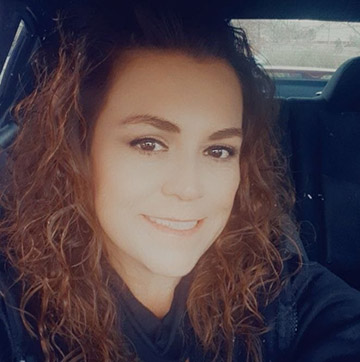 Julie Torres graduated with a dual bachelor's degree in history and sociiology in 2015. She has worked in various departments around UNM since 2003, and started with the Office of Contract Archeology in the Spring of 2020.